DNA Samples from Blood, Hair, Fingernails, and Other Specimens

Often, a parent wants to secretly find out whether or not a particular man is the father of a child, without the other parent or the child knowing that they are doing the test. For example, many mothers are not sure whether or not their husband or secret boyfriend or a past acquaintance is really the father. Asking the husband to swab the inside of their cheek may be too suspicious, of course.

For these cases, the parent can try to collect another DNA specimen. There are 3 factors to consider:

Below are some examples of alternative and discreet DNA specimens you can consider trying to collect. We've had a very high success rate with these over the past several years, using current technology.

Other kinds of samples are possible, but please talk with us first.

We call these "unusual samples" but they can also be called "forensic" samples.

The time to process unusual and forensic samples typically takes longer, from a few days to a couple of weeks or so more, depending upon the sample.

The extra cost depends on the kind and quality of the sample. Not all unusual samples have the same price. The cost is typically 4000 to 9000 baht extra per unusual sample. For example, if the cost for processing an unusual sample is 5000 baht, then added to the 9800 baht cost of the paternity test, the total would be 9800 + 5000 = 14,800 baht. However, we do not charge you the 9800 baht for the paternity test if the sample isn't good enough. We do charge the cost of trying to test the sample, whether or not it works, so you must pay at least the 4000 to 9000 baht per unusual sample. Normally, people pay for the entire test, but if the sample does not work, then we either refund the 9800 baht or else the customer provides an additional sample later. We do not refund the cost of testing the unusual sample, whether or not it works, as the laboratory worked on it.

Regarding quality of sample, the best samples are unfortunately not discreet. Swabs of the inside of the mouth are the best samples, because cheek (buccal) cells come off easily, have a nucleus with DNA, and last long enough when dried. They are the cheapest to process. For a baby or child too young to know what the swabs are for, this is much preferred. The challenge is for an adult or an older child who may suspect what is happening. Buccal swab samples normally collect a very large amount of DNA.

Many kinds of forensic samples typically have a small quantity of DNA and should be handled very carefully, because a little bit of contamination by another person's DNA can potentially cause significant contamination and a double profile (two peoples' profiles together). It's rare but it can happen. Of course, don't touch the part of the object which would have the DNA and which could can be cut off and tested. For example, if picking up a cigarette butt, pick it up by the end which burned, not the end which went into the mouth. Don't put them into your pocket on a hot day and sweat onto them. Try not to cough or sneeze near them, and don't talk when your mouth is close to them. Don't breathe onto them. Put them into a paper envelope and seal the envelope as soon as you can.

A paper envelope is much better than putting them into plastic, because they can dry out in a paper envelope. Bacteria and fungi are our enemies, in addition to DNA contamination by other people. Get the specimens to us as soon as you can. Please keep in mind that dead cells and the DNA inside degrade quickly (due largely to the enzymes inside dead cells). If samples get too old, or are not stored well, then it may not be cost efficient to extract DNA using routine laboratory testing within a reasonable budget.

Please be aware that old specimens may not work. For example, when a person dies, decomposition starts quickly as the enzymes of the dead cells start destroying the cell contents, somewhat like self-digestion (autolysis), destroying the DNA in the nucleus. For example, when police come upon a rotting body, they might not get a DNA profile by just scooping up rotting flesh to test, even though that rotting flesh was full of cells with nuclei originally. Similar issues apply to human tissues which are not preserved in some way. Forensic experts typically try to get teeth, hair roots, and fingernails, or analyze bones. (Teeth can be used either to compare shapes to dental records, or to extract material from inside the teeth for the DNA, as the insides of teeth are one of the best protected and most stable sources of old DNA.)

Human tissues preserved in formalin / formaldehyde present a problem in that the chemicals damage the DNA and interfere with the process in the laboratory which tries to replicate / amplify the DNA.

We have obtained a DNA profile from tissue removed during surgery, but it is best to get the tissue to us reasonably quickly, not months later and poorly stored.

It is best to (1) dry specimens which have any moisture, and (2) store specimens in a cool place, for example in a refrigerator at temperatures around 4C or 40F, but without condensation, e.g., in clean paper storage.

It is possible to get DNA from long dead people, but the cost can run into the thousands to millions of dollars. For example, DNA has been recovered from ancient animals, such as from the inside of a well preserved tooth of Neanderthals. It was very expensive, delicate, and time consuming. Of course, many times attempts have failed for ancient animals. That's beyond the scope of this website.

Here we are talking about the costs to extract DNA commercially for consumers, and using standard equipment and chemicals for routine tests at reasonable costs to individuals. If you have a very high value case but an exceptionally poor source of DNA, then you can still talk with us, preferably as soon as possible.

We can also handle exceptional, special investigation cases, too. 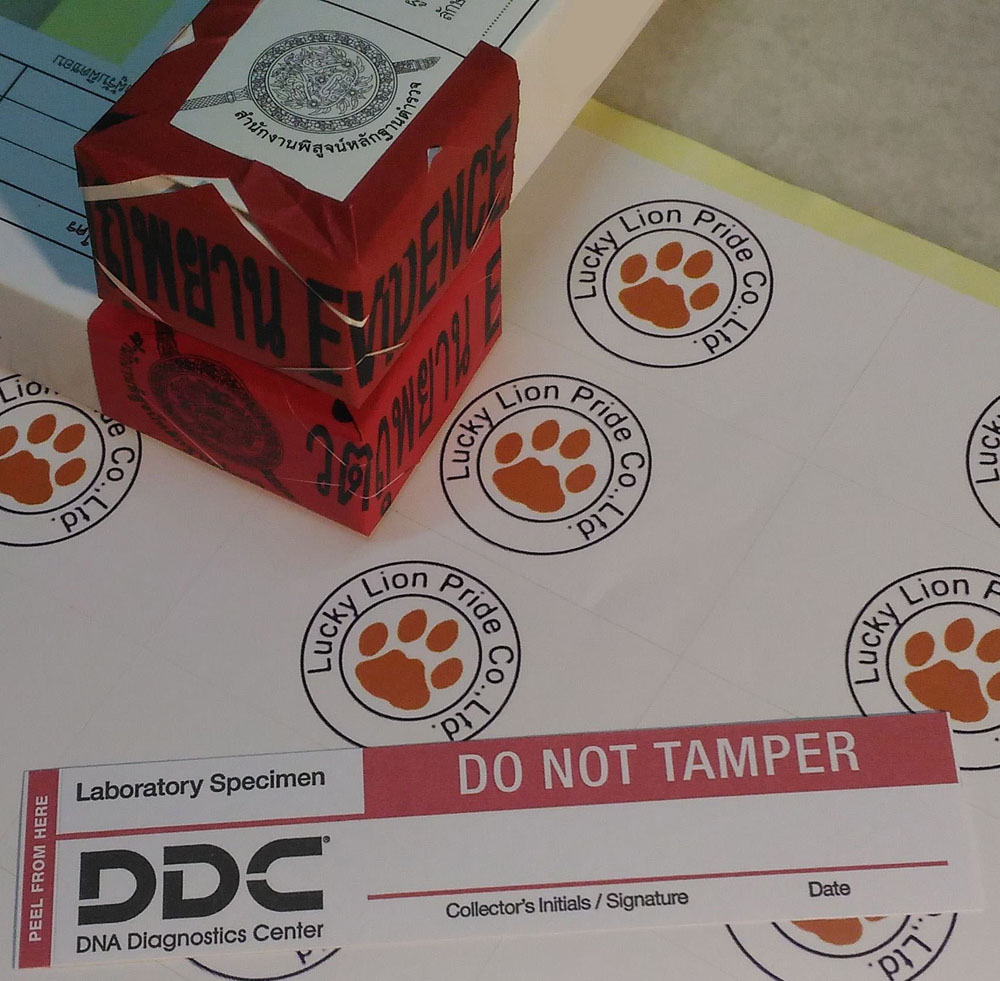 Please feel free to ask any questions or discuss anything.

No Blood, No Pain

Can you trust us?