"... You went to great lengths to explain everything such that I really felt informed about what I needed to do from step one. I say your service was fast but definitely not rushed. When I came to meet you I was greeted warmly and quickly set at ease in the midst of a very stressful situation. Your in-person explanation and guidance was invaluable and I was pleasantly surprised to learn that your business was a family concern. My philosophy regarding how I spend my money is that I am always better served by the family owned business than the mega corporation and with that said your pricing was fair and reasonable." - RJ

Our company in Bangkok, Lucky Lion Pride Co., Ltd., was created by the American and Thai husband-wife partnership of Mark and Kanta Prado, and is operated by longtime employees and relatives. We are a small company in Thailand, but we are a Corporate Partner of the DNA Diagnostics Center (DDC) laboratory in the USA. For example, if you go to the DDC international website and pick Thailand, then you will be referred to only our company name, address, and phone number.

All divisions of our operations have been originally created by American physicist Mark Prado, who originally came to Thailand in 1994 from Washington, D.C., working for the US government whereby the Asia Regional Office is in Bangkok, and has been living here continuously since that time, albeit doing private business since 1995, first as a consultant, and later co-founding companies based on his understanding of how things work in Thailand, including about DNA since the mid-1990s.

We originally assisted expatriates working and living in Thailand, including company setup and operations with an emphasis on quality control.

Another company of ours, Export Quality Services Co., Ltd., founded in 2002, has various divisions, including quality translations between Thai and English language (see also www.ThaiEnglish.com ) which assists us in translating DNA reports and legal documentation between English and Thai.

Mark's wife, Kanta Prado, who had over 10 years experience in senior management for the Central Group / Western Union, assists in securing and managing Lucky Lion Pride Co., Ltd., together with some of her longtime staff who followed her move into this new family business.

Our core staff have been working with each other for a long time. We use only trusted staff for handling DNA samples.

Some people have asked how we came up with the name Lucky Lion Pride Co., Ltd., so here is the answer:

Our company is mainly a family and longtime close friends business, but there is actually a history behind this, which goes beyond the fact that we do DNA family relationship testing and interact with mothers and sometimes extended maternal families, in addition to the alleged father side.

I, co-founder Mark Prado, an American, have been a nature lover since a child, have been keeping up on environmental issues in the world throughout my adult life, and still read a lot of scientific literature on biological life and organism behaviors, including on the nature of mammals and human mental processes. My father is a Ph.D. psychologist, so I consider myself a bona fide laboratory mammal.

One day, I was observing social activity of employees within a large organization when one of them, obviously a manager, walked into a room with a majestic, self-confident posture, and had a naturally strong gait, whereby other employees perked up in pleasant response. This person stood out because they had very curly and long hair. At the time, the first image that popped into my mind, humorously, is that the alpha lion with a big beautiful mane had walked into the pride's lair. At the time, I didn't think about gender, as is usual in workplaces.

Subsequently, I had opportunities for several interactions with this person, who I found very impressive, and then understood why people like and follow her, because she's an ethical person, understands other people, and has a lot of experience dealing with a wide variety of individuals and how an organization works. She is very nice, but if somebody does something bad, she can change into a fearsome person in an instant, in a fearless way. My image of her became more like an alpha lioness.

We started as friends but things eventually took a romantic turn. In a big step for her, she left her longtime secure job and position and joined me in my small business, and we also got married. When she came to work with me, some of her former co-workers from her previous company came with her, as both fulltime and parttime staff. I started referring to them as her "pride". We both considered ourselves lucky, so we called ourselves the Lucky Lion Pride.

Keep in mind that lion prides are matriarchal, not patriarchal, i.e., "Lion Queens" is actually more the reality than "Lion King". The core of the pride is the group of lionesses, who are usually all related and normally live with the same pride all their lives, which can be a very large group, and there are typically just one to a few adult males allowed in their circle. Chosen males provide DNA, but lion prides are matriarchal. (Sometimes there is no current male in a pride, and some prides have been known to go for years with cubs from a previous male but no other male being allowed in while the cubs grow up.)

Actually, across the animal world, females control the quality of the DNA gene pool by choosing mates carefully. It is the mammals with mammaries in the Milky Way on Mother Earth, who have this primary mating responsibility with us primates.

Children should have a good and stable pride to grow up in, so when the alleged father is not the biological father and departs the scene, the child normally remains with the mother or her extended family.

Regardless of paternity, we are all actually lucky to be alive in this wonderful modern world, and that we are human... Sometimes people get too wrapped up in their little emotional instincts which can cause small world obsessions, but if we use our human intellect to expand our viewpoint, accept the various realities, and go forward with what we've got, we can help make a good life for ourselves and others. Sometimes we should count our lucky stars, consider ourselves a lucky mammal at the top of the food chain, and make the most of being within our own secure pride as a springboard towards the future.

It may be an unusual name for a company, but it is who we are, and we focus on our good luck and the positive opportunities in life. 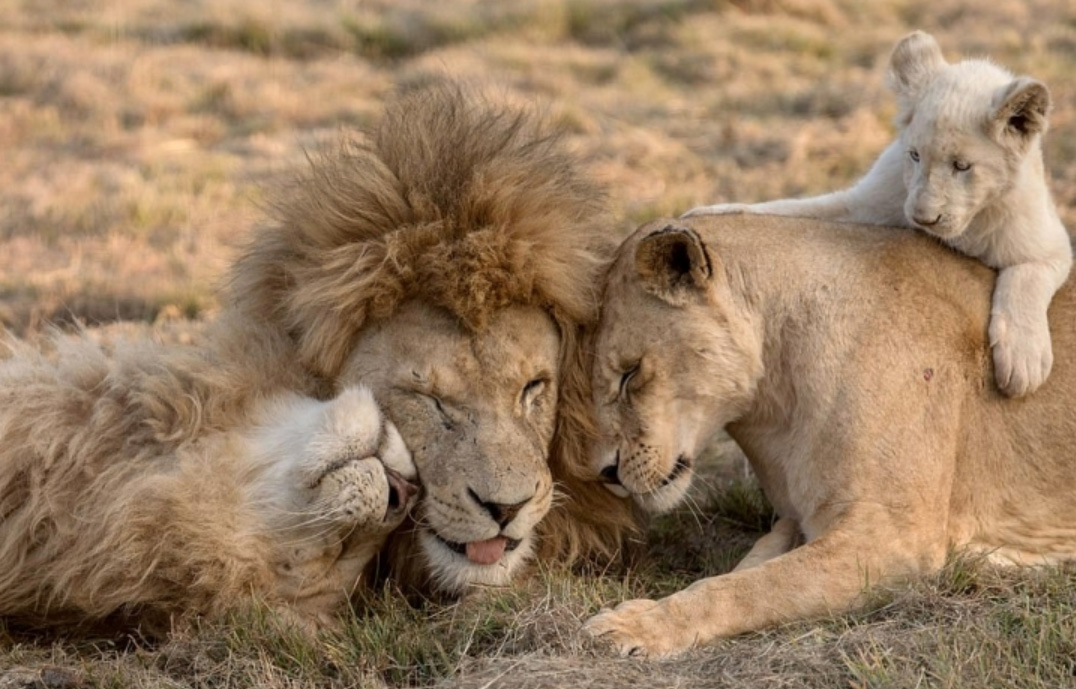 No Blood, No Pain

Can you trust us?